Andrew Gluck is a veteran journalist and founder and CEO of Advisor Products Inc. in 1996.  The company provides websites, client portals, content, brochures, and creative services to independent advisors.

Gluck began his career as a police-beat reporter at small daily newspapers in 1981. In 1983, he began ghost writing a newspaper column for the American Institute of CPAs. He returned to newspapers in 1986, covering Wall Street and writing a column for five years at The New York Daily News. From 1991 to 1996, Gluck covered wealth management at Worth magazine.

From mid-1996 to 2013, Gluck wrote about practice management, financial planning and the profession monthly in The Gluck Report, in Investment Advisor and Financial Advisor. In 2009, Gluck launched Advisors4Advisors, which is a leading portal for  news about the profession.

Gluck earned a BA in journalism at New York University, and an MIA from the School of International Affairs at Columbia University. 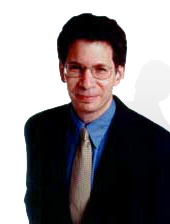 Steve Gordonson developed software and IT systems for over 25 years prior to co-founding AdvisorSites with Andrew in 1997.

Gordonson oversees all technology systems at API, including development and maintenance of its content management and compliance systems, which are used by regisered reps and IA reps to manage their websites, email newsletters, online vaults and print newsletters. He is the chief architect of  AdvisorVault and oversees development of interfaces with applications used by advisors. Gordonson oversees the company’s infrastructure, servers, networks, and security.

Before joining Advisor Products, Gordonson consulted to Citibank, Comverse Technologies, Siemens, Lockheed Martin, and EDO Corporation. He designed and developed software and hardware used in biomedical instrumentation, satellite phones, EZPass toll systems, digital call recording, bank transaction messaging, and a wide range of other systems. Gordonson received a B.S. in Computer Engineering from Boston University, College of Engineering, and an M.S. in Electrical Engineering from the University of Santa Clara.